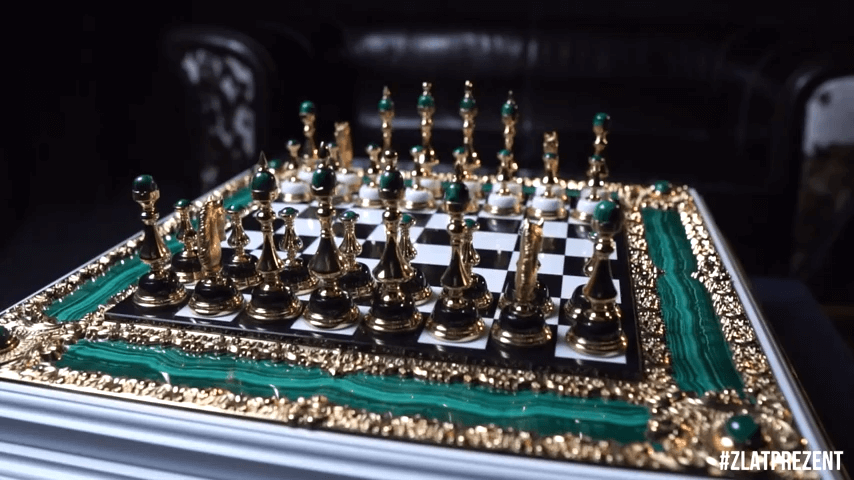 See below for our selection of Malachite Chess!

Malachite is a copper carbonate hydroxide mineral, with the formula Cu2CO3 (OH) This opaque mineral with green bands crystallizes in the monoclinic crystal system and very often forms botrioid, fibrous or stalagmite masses in fractures and spaces deep and underground, where the water table and hydrothermal fluids provide the means for chemical precipitation. Single crystals are rare, but occur from thin to needle-like prisms. Pseudomorphs also occur after more tabular or blocky azurite crystals

This russian malachite chess board gives you uniqe and antique features can could be a great board to play or to display. This design and product perios was before 1890 but we assures you that this vintage item has no defects, this may have show slight traces of use but the light wear is still consistent with age good as new item. The chess board measures with approximately size of 40” W cm x 40” Depth cm and has a height of 2.5” cm thick. This was no chess pieces included but we recommend you to use 2” inches size of chess pieces to have a great game.

Pieces: This include 1 antique vintage chess board. 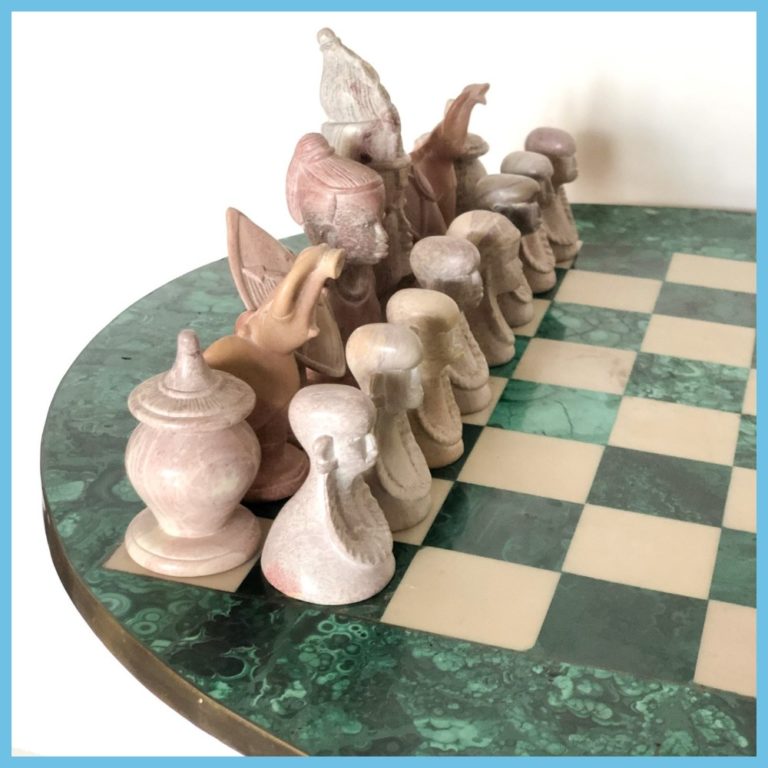 This lovely handcrafted malachite chess board is a one-of-a-kind piece from Kenya. The milky ivory squares contrast with the vibrant malachite. Every playing piece has been meticulously carved from soapstone. The soapstone has lovely different variants in ivory as well as blush tones. Dimensions are rounded and this measures 20”, there is no deep description but we insure its good and hand made items. 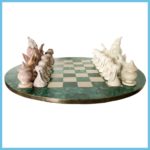 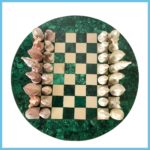 Pieces: This includes 32 chess pieces and rounded chess board

The game of chess has been taken into another level as the time passes by and another innovative idea from one another that make the chess more interesting, from the chess pieces to the chess board and being elegant in creating new design. From featuring animals such as an elephant, horses, to featuring chariots, and soldiers it become a widely known in the world still enacting the main thought of the chess. From century to century several characters are created and different chess pieces design, several manufacturers also produce chess pieces making it available to the public.This malachite chess set gives you unique and luxurios features, get yours now!