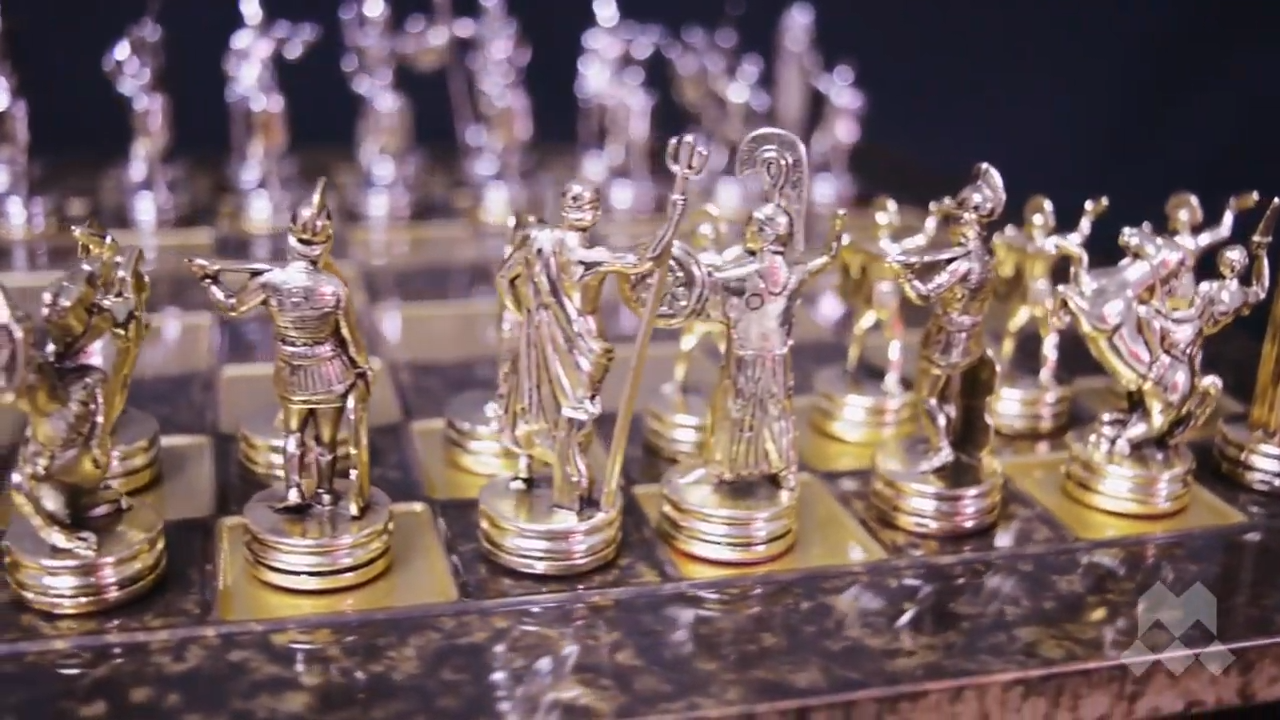 See below for our selection of Camelot Chess Pieces!

Behind the word Camelot there is a story which everyone is familiar with in British folklore which creates an enduring and fairy tale castle which stands in a land where the is the so called Knight in Shining armor live to an honorable Cod of Chivalry. It was a known story which is about King Arthur and his Knights of the Round Table. The story goes that Arthur who is the first born son of the late King Uther Pendragon and he is expected to rein the throne when the right time comes. However, the trouble comes in his life as they face very troubled times and a man named Merlin which is a magician, advised the father which is King Uther Pendragon that the baby King Arthur should be raised secretly in a secret place and he advised also that King Arthur’s identity also should be kept and no one can know. This happens because Merlin feared that if King Uther Pendragon died there will be a conflict of who will be the next King making it chaotic. “Whoso pulleth out this sword of this stone is the right wise born king of all England.” Merlin wrote this letter in gold with a sword he created himself by his magic. The sword was stock in the stone and the right person can only drawn this sword that is the meaning of the words engraved. Many people tries of course, those people who wanted power and more power, however no one succeed, until King Arthur drew the sword to use in a battle and that us the reason he became the King.

King Arthur uses the sword in a good and beneficial way as he gathered Knights and fought back the enemy which also includes in the list are the Saxons who, since the Romans left Britain, were slowly but surely taking the country over. After many great battles and a huge victory at Mount Badon the Saxons’ advance was halted. He then builds his own castle or place which he called Camelot, his Knights met at a Round Table. They uses their power in a good way as they rescue people in damsel in distress and fought some strange beasts along their way and act as his chivalry. They were eager to achieve the ‘Quest for the Holy Grail’ which can believe cures any illness and they begun their search. Under the guidance of Merlin, Arthur had obtained a magical sword from The Lady Of The Lake. This sword was called ‘Excalibur” and with this weapon he vanquished many foes. Queen Guinevere, Arthur’s beautiful wife brought romance to the story while his equally beautiful half sister Morgan le Fay added a dark side. The peaceful Camelot has been unfortunately disturbed when a civil was broke our. King Arthur and his traitor nephew named Mindrod fought but Arthur was severely wounded and he floated down the river to the isle of Avalon suing a boat. There were a mysterious three maidens who helped him recover quickly. Although his body was not found and the rumors said that he rests under a hill with his most trusted Knights ready to go to a battle and save the country Camelot again.

Berkeley Chess have been able to recreate the mysticism and magic of the court of King Arthur with this stunning chess set. 32 chess pieces is included which is the King is King Arthur; the Queen which is Queen Guinevere, the Bishop which is Merlin, the Knight which is Sir Lancelot, the Rook which is Anglo Saxon Castle, and the Pawn which is the Peasant Soldiers. Chess pieces are made of a ratio of crushed marble and resin, and then finished with a felt underlay with a color of russet brown all in all the set weighs 4lb 6oz. Chess board is not included in the package it sold separately.

Pieces: 32 chess pieces, chess board is not included. 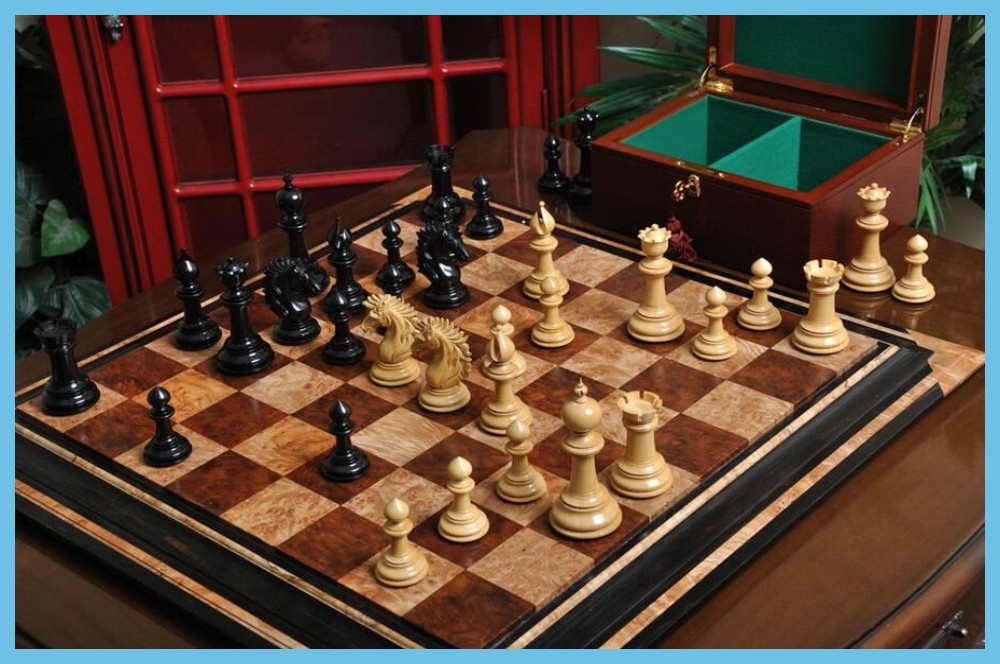 The chess pieces of this Camelot series are hand carved by the master artisan with years of experience in this type of field it is also crafted using high quality of woods to create the elegant and beautiful chess pieces. It consists of 34 chess pieces which includes 2 extra Queens to use occasionally which this standard is introduces by The House of Staunton in the year 1993. Chess pieces are also heavily weighted with a billiard green baize cloth which considered as luxurious on the base pads of each chess pieces and is beautifully polished. It also has been designed to withstand the rigors of practical play while maintaining an elegance which has become the hallmark of a House of Staunton chess set. However, the weight is just relatively compatible with the chess board that is included in the package when you are planning to buy one.

With every purchased on this chess pieces and planning on buying in The House of Staunton it already includes new Original Manufacturer’s Plaque to prove authenticity. Crafted from brass, these plaques feature the engraved production details of each individual Chess set, creating a beautiful, permanent record that is truly worthy of House of Staunton-brand Chessmen. 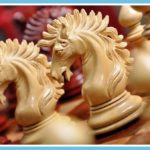 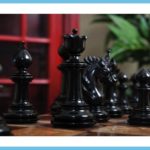 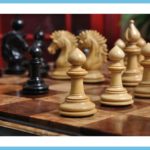 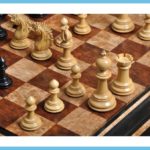 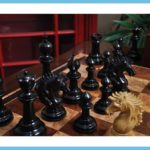 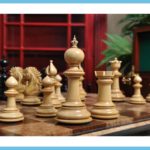 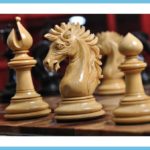 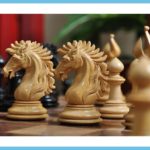 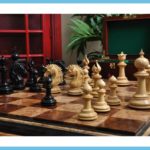 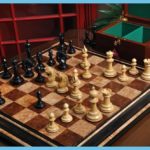 Pieces: 34 chess pieces including 2 extra Queens, sold with chess board.

This chess set are made by the masterful craftsmen of Italfama in Florence, Italy with years of experience to ensure the best quality. It is inspired by the historical armies of King Arthur which fought with him until the end, the King’s height measures 3.25 inches or 8.26 cm with base diameter of 1 inch or 2.54 cm that weighs 49.1 grams, while the Pawn measures 2 inches or 5.08 cm in height with a base diameter of 0.9 inches or 2.29 cm and weighs 21.4 grams with a total of 32 chess pieces in the package. Chess pieces are made from detailed resin moulds and hand-painted to copy the images perfectly of the very best fantasy miniatures then give a high level detailed in finishing each chess pieces 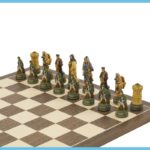 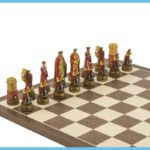 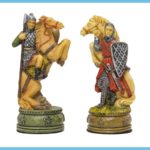 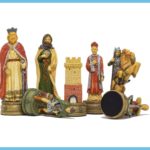 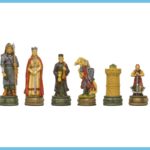 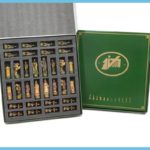 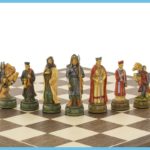 Pieces: 32 chess pieces, chess board us not included.

Roman Chess- the city of Rome was founded in 753 BC, but by just 117 AD, it had expanded to include all of modern-day Italy, lands in the Mediterranean, and a huge swath of Europe that included England, Wales, and some of Scotland. Many of the Roman Empire’s wars were fought over trying to expand those boundaries, while other battles were fought over religion; this chess set is inspired by this time. Powerful and famous rulers will wander across the chess board, and you might even end up with Julius Caesar checkmating the Pharaoh!