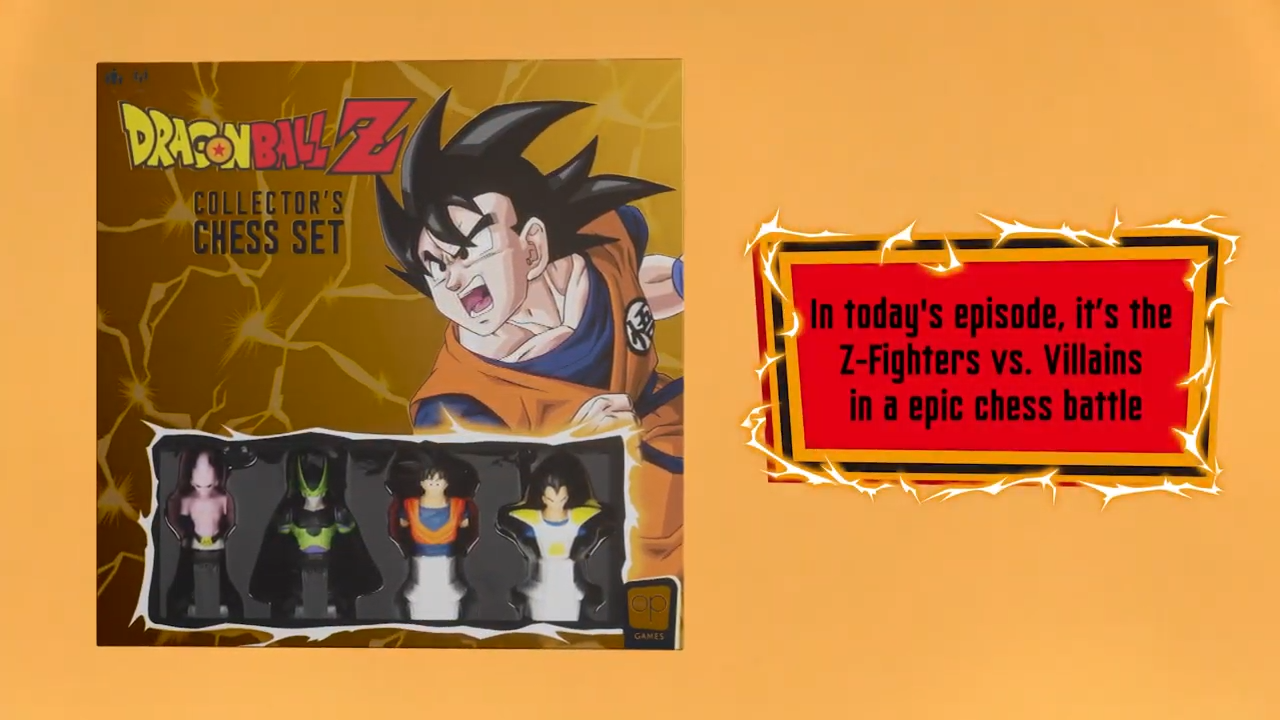 See below for our selection of Anime Chess!

The anime (Japanese: ア ニ メ, is a hand-drawn computer animation that originated in Japan. In Japan and Japanese, anime (a term derived from the English word animation) describes all animated works, regardless of their style or origin. However, outside of Japan and in English, the anime is familiar to Japanese animation and specifically refers to animation produced in Japan. Animation produced outside of Japan in a style similar to Japanese animation is called anime influenced animation. The earliest commercial Japanese animations date back to 1917. A distinctive artistic style emerged in the 1960s with the works of designer Osamu Tezuka and spread over the following decades, developing a large national audience. The anime is distributed in theaters, through television broadcasts, directly in national media and on the Internet. In addition to original works, anime are often adaptations of Japanese comics (manga), light novels, or video games. It is categorized into many genres intended for a broad and niche audience.

Dragon Ball Z Collector’s Chess Set is a must to buy if you are a fan of anime and a chess player at the same time, kids and adults will surely love this type of anime chess set. Featuring 32 chess pieces that inspired from the characters of the Dragon Ball Z, Hero side and the villain side time to choose! In a different kind of battle between these two enemies in the fan favorite anime series Dragon ball Z.

Goku as the King, Vegeta as the Queen, Gohan & Piccolo as the Bishops, Gotenks & Future Trunks as the Knights, Android 18 & Krillin as the Rooks and Super Ghost Kamikaze as the Pawns.

Buu as the King, Cell as the Queen, Frieza & Android 19 as the Bishops, Raditz & Nappa as the Knights, Bojack & Broly as the Rooks and Saibaiman as the Pawns.

In the month of April, Megahouse relaunched the Chess Piece Collection that inspired from the fan-favorite anime series Fate/Zero. The 90-millimeter-tall painted figure comes with either a black or white base for a total of 12 different variants. Bandai will release a separate chess set inspired by the character Gilgamesh’s set from the Fate/Zero television anime series. Each chess pieces corresponds every character from the anime series which is sold separately and chess board is not included. 6 figures chess pieces are available namely Saber, Irisviel, Rider, Archer, Lancer, and Berserker the most popular characters in the anime series. 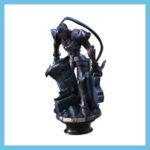 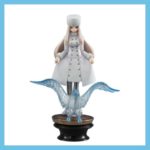 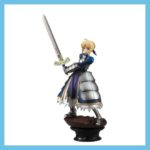 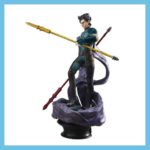 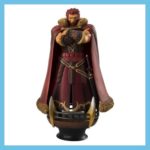 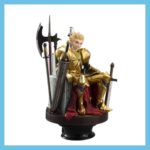 Pieces: Available in different kind of pieces includes Saber, Irisviel, Rider, Archer, Lancer, and Berserker., chess board is not included.

Anime Chess from the company CLAMP with all its most famous and fun characters from the current Japanese comic. It is a collection composed of 34 pieces with two extra pieces of unpublished characters for collectors. All pieces of balanced weight composite material are hand-painted in vivid colors following clamp comics in detail. Each character is made in detail and designed by the comic book authors themselves, the pieces are sealed on their bases with classic chess logo and series. Limited-series chess. Includes board and tiles for each piece.

Bandai will release its “Strong 9” chess set featuring characters from popular Shonen Jump series. Characters from Dragon Ball Z Kai, One Piece, and Toriko will face off in a battle of wits to celebrate the premiere of the newest season of Dragon Ball Z Kai, the One Piece anime series’ 15th anniversary, and Toriko starting its “Gourmet World” manga story line. The set includes six detailed pieces. Monkey D. Luffy and Yun adorn the King piece, Son Goku and the Thousand Sunny are the Queen piece, Toriko and Son Goten are the Bishop, Roronoa Zoro and Shenlong are the Knight, Vegeta and Terry Cloth are the Rook, and Piccolo and Tony Tony Chopper are the pawn.

Roman Chess- the city of Rome was founded in 753 BC, but by just 117 AD, it had expanded to include all of modern-day Italy, lands in the Mediterranean, and a huge swath of Europe that included England, Wales, and some of Scotland. Many of the Roman Empire’s wars were fought over trying to expand those boundaries, while other battles were fought over religion; this chess set is inspired by this time. Powerful and famous rulers will wander across the chess board, and you might even end up with Julius Caesar checkmating the Pharaoh!

Kingdom of the Dragon Chess Set